Reliability is a measure of the percentage uptime of cloud services to customers, considering the downtime due to faults. Many cloud providers are setting a reliability level of 99.95%. This means that if you provision a VM it will be available 99.95% of the time, with a possible downtime of 21.6 minutes per month. Reliability is an important characteristic which enables platforms to adapt and recover under stress and remain functional from a customer perspective. You can find additional information from a Meetup meeting on Cloud Reliability and Resilience.

Every year big companies made the headlines for the wrong reason: reliability problems. In Q1 2016, Microsoft (9 days), Twitter (8h), Apple (7h), are PayPal (7h) are the “lucky” winners:

According to section of IEEE Society working on Reliability, “reliability engineering is a design engineering discipline which applies scientific knowledge to assure that a system will perform its intended function for the required duration within a given environment, including the ability to test and support the system through its total lifecycle (…) it is the probability of failure-free software operation for a specified period of time in a specified environment.”

Cloud resiliency is the ability of a cloud platform or service to recover and continue operating when failures occur. Automated means for recovery are the most desirable solutions.

OpenStack is a cloud operating system (Cloud OS) for building public and private clouds. It can control pools of compute, storage, and networking recourses located in large data centres. It is supported by major IT players in the world which include IBM, HP, Intel, Huawei, Red Hat, AT&T, and Ericsson. At Huawei Research we are currently developing the next generation of reliable cloud platforms for Deutsche Telekom. The Open Telekom Cloud engineered by Huawei and operated by T-Systems was launched at CeBIT 2016 and delivers flexible and convenient cloud services. 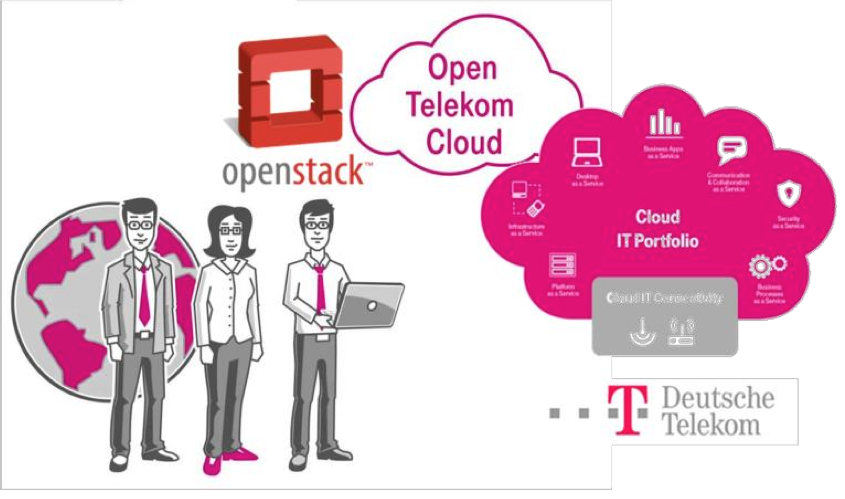 Cloud reliability and resilience of OpenStack can be analyzed and improved at 3 levels:

We concentrate our efforts on Level 1.

Building large-scale distributed systems requires the consideration of several theories, technologies, and methodologies, such as:

Component-based monitoring tools provide not information into the relationship between the components of a distributed service. Since debugging a distributed system is a danting task using these tools, cross-component monitoring (tracing) solutions were explored to aliviate exisitng limitation by tracing the path of events and method calls that are generated at runtime.

The study from Sambasivan, Raja R., et al. titled So, you want to trace your distributed system? Key design insights from years of practical experience (Vol. 102. Technical Report, CMU-PDL-14, 2014) provides a very good overview of tracing systems developed up to 2014, and include the analysis of X-Trace, Magpie, Dapper, etc. The thesis from Nathan Scott of the Monash University, Australia, titled [Unifying Event Trace and Sampled Performance Data] (http://pcp.io/papers/unifying-thesis.pdf) also give a fairly good overview of these main tracing systems.

Other tools from the field of APM (Application Performance Management), such as NewRelic limite their span to monitor the performance of transactions across web application stacks.

Automation is having an important role in making the management of cloud data centers automated and ‘automatic’. The principals underlying Google SRE and DevOps all call for automation. For cloud reliability and resilience, the procedures to repair the IT infrastructure need to be encoded into executable processes. Large-scale distributed monitoring (dapper), stream and events (spark and flink), and time-based databases (prometheus) provide the base to identify important event that when flagged as alarms need to trigger encoded procedures to repair faulty systems. An important question is ‘How to encode procedures to repair IT infrastructure automatically?’